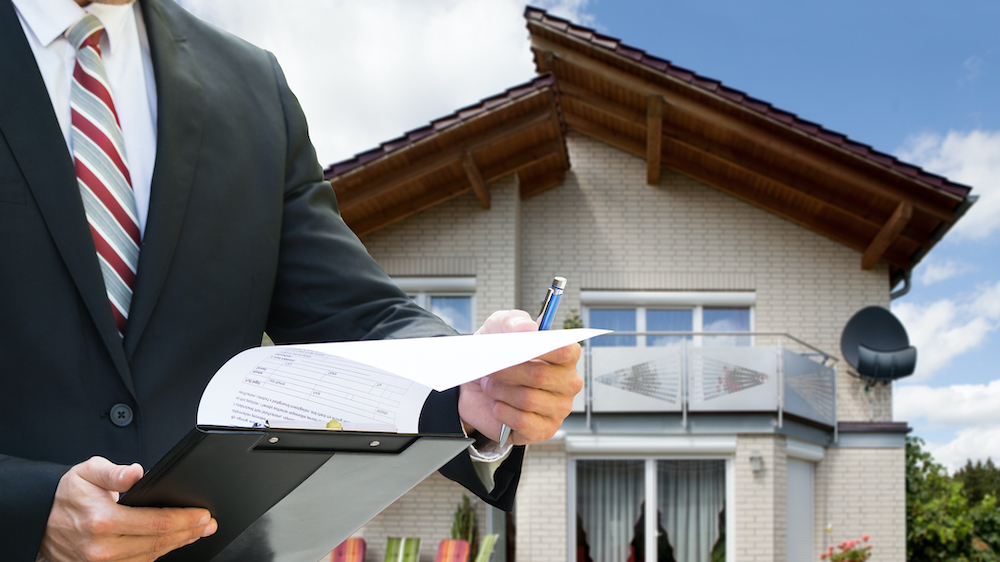 The house looked so picturesque: a 100-year-old farmhouse, freshly white-washed, overlooking a pond in an area of upstate New York we’d loved visiting for years. As a bonus, the 2-acre property included a barn, already finished as a workshop, that made my husband and sons swoon.

The price was fair, even given the fireball of a market. So I called our real estate agent and arranged to see the property in person.

It was a lot of house, bigger than any place Iâd ever called home before. In addition to the living and dining rooms, the sunny main floor had about four more areas that we could invent names and purposes for. Study? Sunroom? Parlor? Sure, the laminate flooring and ’70s kitchen and bathrooms had to go. But my husband and I felt ready for a project, and the place looked sturdy, able to withstand a flurry of cosmetic fixes.

This place had potential and then some.

Next we toured the barn, meandering through a meadow bursting with yellow and purple wildflowers. Check, check, and check went the boxes for our pastoral fantasyland.

Our real estate agent shared the home’s history: It had been in one family for ages, and after the matriarch died a few years ago, various children and cousins stayed there from time to time, and occasionally rented the place to friends. Now they were ready to cash out.

We negotiated an offer that was accepted. It was more than we wanted to pay, but this was itâour new rural homestead. My husband began sketching where we could plant lilac bushes and apple trees. I began Googling porch furniture and outdoor pizza ovens.

But there was one more step: the home inspection.

Our real estate agent set us up with a peach of a home inspector (letâs call him Charlie) who met us one morning at the house. His process, which would cost, gulp, almost $1,000, would involve walking around the exterior alone, making notes, and then sharing his thoughts with us. This would be repeated for the interior and the barn. A detailed written report would be sent our way in a couple of days.

I noticed a slight concern as he stood in front of the house and looked at the roof, but I was distracted by the arrival of the septic inspectors. (Thatâs another step in the home-buying process in New York state.) They were there to ensure that everything was in good repair and began poking around the yard looking for the septic system.

It could not be found. After a flurry of calls to the sellers, a square of cement was heaved up with a crowbar to reveal a cesspool.

Watch: 3 Things That Can Sink Your Home Inspection

Iâm a city person, so the mere utterance of âcesspoolâ (an old version of a septic system) made me shudder. Living in apartments most of my life, I just flush the toilet and don’t think twice. The stuff goes somewhereâout of sight, out of mind.

Yes, the septic inspector said, some older homes have cesspools and they can function, but this one was seriously jacked up. The water level was impossibly low, the cesspool itself too small. There was some incomprehensible (to me, at least) conversation about the leaching field being in a possibly illegal position. The septic inspector and the real estate agent huddled together, calling the sellers and trying to get clarification as my husband and I started to panic.

‘There was something very wrong’

Meanwhile, Charlie called us over, ready to review the exterior of the house. That hint of concern Iâd seen in his eyes seemed quite noticeable now. With a calm, professional demeanor, he pointed out how this home was a horror show of problems.

For starters, he explained, there was something very wrong with the roof slope. In fact, he warned that the next good snowfall could cause it to cave. In the attic, he’d noticed that someone had done some jury-rigged roofing that was definitely not up to code.

Second, apparently the home’s foundation had all manner of issues as well, and the joists weren’t sitting right. Also the siding had rotted areas that were painted over rather than fixed. And there was a major drainage issue in the back that someone had tried to remedy with some PVC piping that would never hold.

I began to zone out, feeling overwhelmed and out of my depth. Lowering his voice, Charlie said, âWhoever owns this house did as little as they could to get it to look market-ready. There are major issues here that will cost you a lotÂ to repair.â

Before I could hear the cha-ching sound in my head and kiss my kitchen renovation budget good-bye, the septic inspector was vying for our attention.

Replacing the cesspool, he indicated, would entail engineering work to determine where and even if a leaching field could be properly created. His guesstimate of the cost, if it could be done: $40,000.

Next, Charlie beckoned us inside the house, let out a long sigh, and began showing us what heâd found. Fogged double-hung windows. Poor water pressure. Nonfunctional heat upstairs. Electrical circuits not working. The list of maladies went on and on.

âThese are not minor repairs youâre looking at,â he warned.

When Charlie was ready to share his findings on the barn, I sent my husband to listen. I was too deflated to bother. My dreams of a charming farmhouse and that outdoor pizza oven were going up in smoke.

How a home inspection can save you from real estate ruin

Once the inspection was complete, I was shocked and scarred. My husband felt more than a little irateâhow could the house have hidden such issues under its freshly painted faÃ§ade? We waited a day or two til we had the written reports in hand and then, after a brief grief fest, withdrew our offer.

Expensive and excruciating as it was, though, we couldnât have been more grateful for the home inspection. What cost us almost four figures saved us from an ill-conceived six-figure purchase and quite possibly a nervous breakdown.

Actually, the real estate agent offered to split the cost of the home inspection with us, given how the sellers had not known or revealed the full extent of the houseâs issues. Our situation makes a compelling case for the advantages of buying an occupied house, versus one that has been sitting empty, as all manner of invisible âdeferred maintenanceâ issues take root.

My advice to first-time home buyers or anyone house shopping is to recognize that even when you have an accepted offer, youâre not home-free. Your home inspection will reveal the true state of a propertyâs condition and tell you whether to move forward or run screaming, as was our situation. (Though we did prevail: We found another home nearby, Charlie gave it a thumbs up, and we just closed on it.)

Given what a huge investment a home is and the central role it plays in your life, you need to stay âon pauseâ until that report delivers its verdict. Donât start planning that outdoor pizza oven without it.